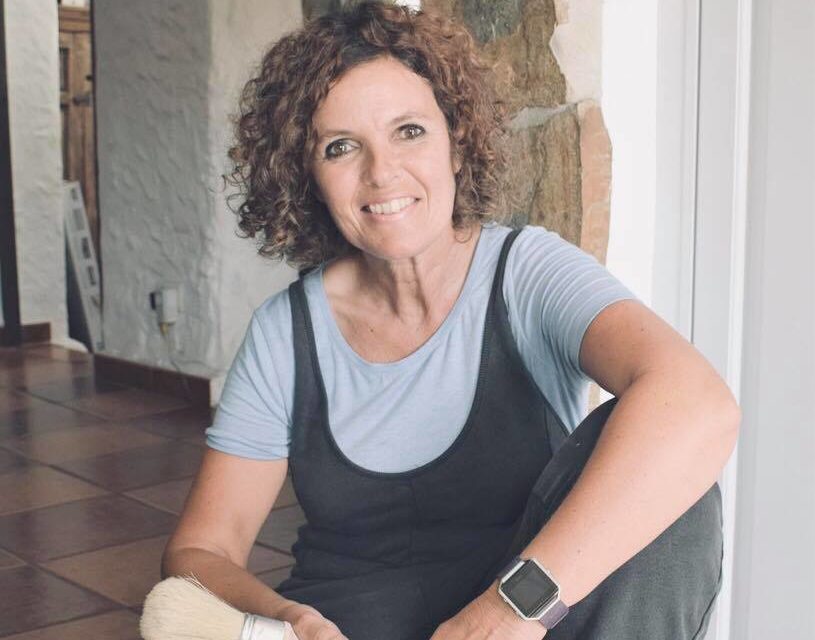 Give me ´menopause`and tell me to find as many words as possible with 4 letters or more and I´d straightaway write ´MEAN´. It´s the very definition of MEAN, menopause can be downright nasty, unkind AND rude!

The nasty bit. Hot flushes have been the biggest symptom I´ve had to contend with.

It certainly hasn´t been glowing, it´s been full-on dripping off the end-of-the-nose stuff for about 3 years. Occasionally the sweating has eased off for a few weeks and I´ve been lulled into thinking that YAY, be gone! But the buggers come back, sneaky little things.

Half way through a presentation with a client I can feel the heat starting to build which causes more distress and they´re worse. You name it and I´ve waved it in a bid to calm it down. Panic sets in, eyes dart and I could run in any direction convinced that only drinking water can save me.

Most people choose to ignore the fact that I´m clearly melting, some ask if I´m ok (mortifying) and my daughter Becca collapses into fits of laughter whenever she´s witnessed an ´attack´.

That´s just daytime! Nights aren´t too bad at the moment but I´ve woken up convinced that I must have bathed in my pj´s because I´m half drowned but freezing cold. Poor Joe lies wrapped in blankets and I think the air-con has been put on 40 degrees. An innocuous arm around me can feel claustrophobic and changing the bedlinen daily isn´t a luxury it´s an absolute necessity.

Unkind ……… the weight gain. Yes I´m 2 stone overweight and weigh more now than I did with any of my 5 pregnancies despite being active. Always a sturdy girl agreed but what´s with the rubber ring I´m currently sporting? Why are they making tops and t´shirts shorter? I´ve developed a nervous twitch constantly pulling things down to cover the tyre. Hmmmn, it´s nothing to do with crisps and wine.

Rude…….I swear(!) I cuss more mostly to myself but occasionally at silly drivers trying to kill me. Always a ´gawd, blimey. lordy or darn´ sort of sweary person but now 4-letter words which require asterisks ** can be heard. Sorry mum.

By and large I reckon I´ve come off lightly. I haven´t suffered with brain fog which highly successful close friends have reported or maybe I have and just forgotten. Being a ´creative´ maybe I´m just a bundle of mess anyway! Whatever……..the willingness to learn new things, good energy levels and a general zest for life remain undimmed.

Periods stopped with no mess and no fuss, nobody nowhere would miss those.

Waning hormones haven´t left me feeling depressed thank goodness but some of that I suspect is due to being physically active both at work and play. Exercise has always been a great mood controller for me and fresh air, being outside. I love running and have rediscovered the joy of walking preferably as deep in the hills as I can.

At 49 I decided being 50 wasn´t going to stop me and neither will the bloody menopause!

PS. Another word from menopause is OMEN, I´m determined it´s going to signal that something good is coming when all this sweating finishes.